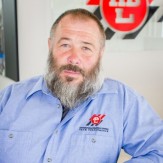 Since joining ABL in 1993, Roger has become known for his attention to detail making him one of the most valued members of the Queenstown team.

His initial joinery training makes him especially well-suited for projects where those final touches are paramount.

Roger’s skills have been put to use on many major area projects including:

Located in central Queenstown is the Skyline Building, distinctive in design and houses both retail and office spaces.

Five story luxurious hotel in Queenstown hosting a wide range of other businesses.

Construction of the Millennium Hotel in Queenstown, a 4-star plus and Enviro-Gold Qualmark rated hotel, with an Environmental Sustainability Plan for the future.