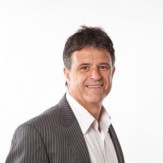 Richard Johnston brings to ABL over 30 years of experience in leadership roles in the construction industry.  Richard is a qualified Senior Quantity Surveyor, and has been directly involved with the building of numerous large projects throughout the South Island.

Richard started with ABL in 1990 as a Senior Quantity Surveyor after coming back from seven years in Australia and the UK, four of which were spent managing consultant Quantity Surveying practices.

Richard has significant experience in Quantity Surveying, both in a contracting as well in a consultant QS capacity. He also has proven skills in project and company management.

He became Dunedin Manager in 1994 before becoming a Director of ABL in 2002 and later taking the reigns as Managing Director.

Richard Johnston in the News

$8m upgrade of Ashburn Hall to begin in September

Upgrade & Strengthening of an iconic historical building in Dunedin

Shanghai artisan above ground construction in China, then erected in Dunedin onto ABL foundations.

Concrete & Steel cell blocks with a high level of services for each cell required.